THE LOST CODES OF EDEN

Quick Link to Synopsis and Chapter One 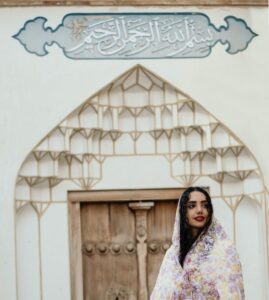 To cut to the heart of it: The Lost Codes of Eden challenges common assumptions about faith, culture, history, science and identity.

The novel has a clear purpose—to ignite true bravery within the soul and restore our faith in humanity as a whole.

The writing of my new novel, titled The Lost Codes of Eden, has been an arduous journey.

Let me tell you how it started.

Several years ago, in my study of ancient religions and ancient cultures, I ran across an amazing book by Merlin Stone–When God Was a Woman, published in 1976. The basic theme is: hey where did all the goddesses go?  Women helped create religion, writing, medicine, art, literature and also used to run all of the ancient temples. So, what happened?  How did we end up in a world on fire, full of wrath and bloodshed, where nearly every major symbol of power in a modern movie or book is a phallic symbol?

I was discussing the issue with a friend who is retired Special Forces and also told him that I had two ideas for a book. One would be a military thriller, the other would be a book about the current apocalyptic world being rescued by goddesses.

With very sad eyes, he looked at me and said:

With that, The Lost Codes of Eden was born, and my main character, Dr. Anahita Ardehi, an Iranian-American scholar of ancient languages and religions who joins forces with a band of misfits and a non-binary, androgynous angel to take down the Internet and defeat the Antichrist.

Although blistering in its social commentary and moral outrage, The Lost Codes of Eden deals with the re-emergence of the feminine divine as the solution to an apocalyptic world on fire–where most human beings have been given implants, so that their identities can be manipulated by the state.

Here is the basic plot: Dr. Ana Ardehi, an Iranian-American scholar, uncovers strange tablets which reveal a dark mystery from the Garden of Eden.  After also learning about the implants, she wins allies from among ancient goddesses, the angelic realm, and the tech industry to take down a vast conspiracy keeping humans from knowing their own power. Amid epic adventure and ferocious social indictment, she resolves family secrets and opens her own heart with compassion and creativity, discovering the power of shared humanity—and shared divinity—to bridge religion, culture, and gender politics.

Each turning point in the narrative is linked with a profound moment of realization on the nature of spirituality, personal ethics, and what it means to be human. Ultimately, this is a deeply optimistic novel, lively to read, and one that will appeal to literary readers who also enjoy a taste of nail-biting supernatural suspense—with a triumphant heroine.

The book is unapologetically supernatural and spiritual, and exhaustively explores the re-emergence of the feminine divine. If anyone can look outside their window today and tell me we do not need a massive infusion of the feminine divine, then I literally do not know what to say.  How quickly would you like your house to burn in the final apocalyptic explosion? Have you stocked up on water and canned goods? Is your best friend a Green Beret? Is she armed to the teeth?

Among my beloved beta readers–who came from many areas of the cultural spectrum–is a dear friend named Emily Shurr who has a background in medical ethics and religion from Yale, who also has taught at Berkeley and Duke.  She did me the favor of writing an analysis of The Lost Codes of Eden, from a feminist perspective.

That is pasted below the pictures of my current reading list.

The Lost Codes of Eden will resonate with readers of these books, but it is original, and I am not quite sure it can be pigeon-holed.  There is a sample chapter on the menu.  Check it out. Ana Ardehi has just received a letter from a guy she met in Iran, and is walking through Central Park, contemplating the apocalypse. Let me know what you think. I will be posting more thoughts and musings on the feminine divine as time goes by–and if you think that is too woo woo–well, I hope your fall-out shelter is finished.

Or Plan B: we can put the Goddesses back in charge of this mess. I know at least one Special Forces veteran who thinks Plan B is our best option. 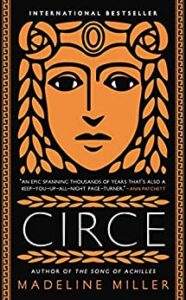 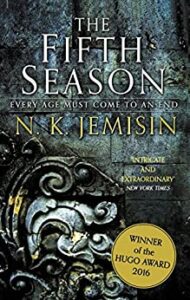 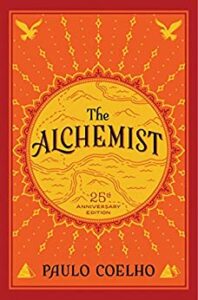 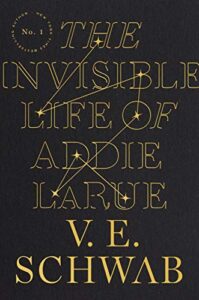 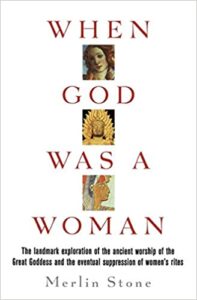 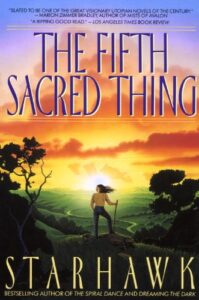 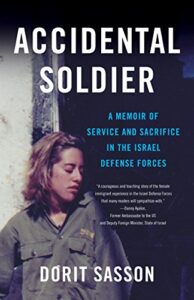 Now, for the Thematic Analysis of The Lost Codes of Eden

Book Analysis of The Lost Codes of Eden by David Snyder 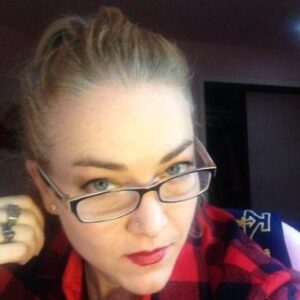 The Lost Codes of Eden by David Snyder

Pitch: A world-famous Iranian-American atheist Bible scholar must use everything she knows about ancient scriptures and modern technology to break the spell of a prehistoric curse that threatens to erase modern civilization.

Under a dark spell, the world is suffering an epidemic of violence, as prophesied by an ancient curse engraved in clay tablets and hidden in the mountains of Iran. Known as the Book of Abinamabad, legend holds that the curse was written by a demonic race, the archenemy of humans.

Dr. Ana Ardehi, an Iranian-American Bible scholar, is a leading expert on ancient languages and religions. She has evidence that a global organization conducts medical experiments, giving brain implants to vulnerable individuals, in order to create a new race of mental slaves.

Slowly discovering that the ancient curse and the modern experiments are linked, Ana joins forces with a band of good-hearted misfits to defeat the ultimate enemy of humanity.

The Lost Codes of Eden by David Snyder is a page-turner, with a gripping plot and uniquely engaging characters. The novel takes popular themes of lost civilizations and lost religions and transfers them to Iran and the Ancient Near East. It then creates a whole other form of cosmic/mythic narrative that ends up rewriting the story of Creation completely.

With a strong female protagonist and a rewrite of the Garden of Eden story, it takes the emergence of the “Feminine Divine” to a whole new level, for a new generation of readers. But this is not really a book about Goddess religion in ancient Mesopotamia—it is just as much a book about modern New York City and the emerging global unity movement.

One real surprise here is that the author began work on the novel before the COVID outbreak, but the themes and situations are very recognizable to us here and now. Namely, how do we make sense of a global pandemic and society’s responses to it? Can we trust government and corporations to make sound recommendations that benefit ordinary people? To what degree are people controlled and “programmed” by corporations and government, really? How do people keep true to themselves in the midst of rigid societal controls?

In dismantling some contemporary conspiracy theories and imagining others as thousands of years old, woven through the book is an indictment of divisiveness—and more specifically, calling out corporations and government for creating and enforcing divisions, the better to control the populace for their own ends.

Although not explicitly a “spiritual” novel, The Lost Codes of Eden does contain a spiritual transmission. It conveys to the reader (I almost said “viewer,” because the book is so vividly written as to appear in this reader’s mind as a film treatment) a RE-programming, an upgraded Operating System, you might say. It is nothing short of the remedy for divisiveness in late modern culture–whether along lines of gender, race, or religion. The central message of the novel is about UNITY among humans (and maybe even other kinds of beings, more mythic or more angelic). And right alongside that is a message about the DIVINITY among humans: There is no human being that is not a child of God.

The Power of the Story: A Vibrant, Powerful and Unique Female Protagonist

While poking at the right and the left camps with equal relish, the author really does so only to more effectively paint a picture of a vibrant populace struggling against the manipulations of huge tech corporations and government.

The message of unity is carried throughout the novel in the character of Ana, the protagonist.

As an Ivy-league educated left-leaning female living and teaching in San Francisco and Berkeley for 15 years, I can say that women viewers/readers will see themselves in this character. They will take inspiration in the way she gives meaning and purpose to her life—not by playing it safe, protecting herself at all costs, and staying quiet. No. In one episode after another, Ana takes matters into her own hands, cultivating her inner instincts and honing her GPS for timeless truths.

Readers from an immigrant background and those with rigid religious upbringing will resonate here as well, watching as Michael (a primary supporting character) fights for his mother’s safety in a Mexican jail, scholars and professionals from Iran are made to defend their culture.

Non-gender-binary persons will see themselves celebrated in the person of the non-binary angelic character, a strong supporting role. There’s a strong Gay man character who plays a pivotal part, and a cast of dozens more to paint the picture fully of a society in upheaval, searching for meaning and safety.

All readers will feel a sense of spiritual triumph and renewal as Ana blows past all divisive designations of gender, race, nationality and religion without ever condemning any person or tradition.

Here, then, is a real and true “Heroine’s Journey,” by which I mean the natural evolution of the “Hero’s Journey.”

A Hero simply attacks and conquers an invading force by using a weapon to restore order to the Kingdom. A Heroine—and this is an important distinction—uses an embracing and unifying approach to nurture and heal division, thus ushering in a NEW order altogether, one without antagonism at all.

Not to spoil the plot, but the protagonist also carries the message of the cosmic narrative into the contemporary setting. We go all the way back to before recorded history with the introduction of writing itself, on clay tablets. This book weaves together the COSMIC (pre-historic) narrative and the CONTEMPORARY (post-pandemic) narrative—making the timeless, timely and the abstract, concrete.

The easiest way to contact David Snyder is to send him an invite at the LinkedIn button at the bottom of every page.  Which is www.linkedin.com/in/davidsnyderraleigh