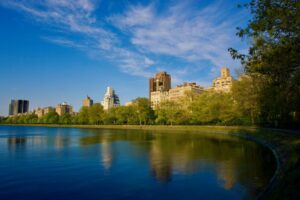 Chapter 18 from The Lost Codes of Eden

After Nousha left, Ana went for a walk, Vahid’s letter tucked inside the pouch of her olive green fleece. It was a beautiful, crisp day in the city, so she headed to the park, only a few blocks away, to her left. There were no signs of gatherings, protests, or riots.  All seemed quiet on the west side front. She took a deep breath and gave thanks for that—down in the reservoir of her spirit.

She strolled toward Turtle Pond, the setting of her fondest memories. Ana remembered the walks of her childhood, when she’d visited the park with her parents, often on their way to the zoo, or a museum. The turtles and ducks were always her favorite things to see—caged animals and paintings were fine, but she felt much closer to her aquatic friends, drifting through the water or paddling along the surface. What were they thinking? Did pond life make sense to them? Did they know where they were going? Did they ever think about their lives and their families, or had they been spared from such painful ruminations? As she grew older, and went for walks in the park with girlfriends and boyfriends, they often laughed at her because of her never-ending fascination with feeding the ducks and watching the turtles, something she never got out of her system, no matter how many times the leaves changed, the years passed, springs and summers and autumns and winters came and went, her body grew, her hair grew, her mind grew, and her book collection grew.

As Ana made her way through the park toward Turtle Pond, she felt a growing sadness, despite the auspicious letter tucked in her jacket. The suspense was thrilling and frightening at once. Was time outpacing her? Was any letter too late? Would her lost feelings of unbridled enthusiasm for life ever return?

She used to love this city so much. The towering walls in the city were as comforting and spiritual as the red clay mountains protecting the garden of Eden. The New Jerusalem—that’s what Jewish people called it, right? And since her mother was Jewish, shouldn’t she be getting something of that old Solomon’s Temple feeling when she went downtown and saw the stock exchange building? That was a mighty palace, wasn’t it?  And the whole sprawling carnival and circus that was Queens, Far Rockaway, Coney Island, Little Italy, the Village, Chinatown, with all of their thugs and gangstas, pimps and whores, blood stains, grease stains, pizza stains, smeared mascara, art students and social media warriors, liars and thieves, real news and fake news, real paintings and fake paintings, priests and rabbis and con artists. The great flood of immigrant humanity, the smells of boiling sickly hot dogs and burnt crispy falafel and honey roasted nuts, wasn’t that an American temple, a city of temples, home of the optimistically religious, the boastful, rude, swaggering and brilliant masses? Wasn’t that glorious? America. But more than America. The city. The master city. The kings and queens of the universe. Modern day priestesses in the temple of Isis.  It used to feel so glorious—life itself. All of it. The human race. The map of the beautiful world. The earth, the heavens, the galaxies beyond on the outer reaches of the cosmos. Her heart used to sing with intoxication.

Where had that feeling gone, as she walked toward Turtle Pond again, with a letter tugging at her heartstrings, having returned from the true Garden of Eden?

Ana found a bench, read the scratched quote on the donor’s brass plaque—Be Kind. Ah yes, she thought. It was not rocket science. Be kind. She sat down with a slow, spreading smile. Her fingertips reached for the letter. She closed her eyes and thought of the little child’s prayer she’d made up years ago. A prayer to Anahita—her ancestor, flesh of her flesh, blood of her blood, the spirit guide in her cells who had taught her to write, and to make her own red clay tablets.

Okay, Anahita, don’t let me down, don’t dash me against the rocks, you are all I have left to believe in…

She held the envelope to her nose and breathed in the scent of Nousha’s perfume. The light scent of bergamot, lemongrass and cardamom reminded her of Iran. She pulled out the letter, opened it and read.

Hope you are safe. Also, I hope this letter does not shock or surprise you, but I will try to tell you the truth.  Despite my rudeness on several occasions, the truth is I think I am in love with you. Please forgive me, because I am no Rumi, no Kahlil Gibran. I cannot create words that float upon the sea like ships seeking their home, I have no wineglasses filled with honey, and no words of poetry on my breath, because when I breathe out these days, my own breath carries the sound of your name—Ana. Ana Ardehi. That is my breath, that is my song, and I do not have the poetry of a prophet inside of me to carry  this birdsong to you, but if I could, I would simply close my eyes and fly across the darkness of the sky to any place that you are, because wherever you are right now is the place my soul longs to be.

An invisible hand gripped her heart, and she had to stop. She stood up, tucked the letter back inside her fleece, walked a short distance and staggered up the steps of the iconic park landmark, the Belvedere Castle. She found a place to sit under the roof of the sprawling stone porch and took the letter out again.

When you left, I gave you those old books given to me by my parents. One of them, you know, was my mother’s copy of One Thousand and One Nights, which they gave her when she was five. On the faded red cover, you notice there is a picture of a young woman, pouring from a small bowl into a large clay pot. That faded image of the young woman in the blue silk pants and the red sash around her waist pouring the water into he pot has been with me since boyhood, all of my life.

For some reason, that young woman reminds me of you—she seems to be the very soul of womanhood, of truth, of courage, of poetry, and bravery, and kindness and intelligence and joy. And all my life I dreamed I would meet that young woman, and our souls would join. But she never showed up. Until I saw you.

Tears streamed down her face. She took a deep gulp of air. The sun came out behind the clouds and lit up the treetops.

As Ana stood there, a curious vision came to her—she saw herself back in the Liqvan Valley, back in the garden; sitting on the bank of the Liqvan River, Vahid by her side, and from between the wild tulips and orchids of the meadow a young girl appeared, laughing, running toward them with outstretched arms.

As the leaves danced around her feet, every cell in her body, heart and mind caught fire. To be alive! The feeling she’d known as a child, which had eluded her for so long. Did she have it back? Was she a woman again?

Then, her head felt like it was being pulled upwards. She looked at the sky, which was growing darker all of a sudden, clouds passing in front of the sun, and these words, written in the clouds—

My neighbors. My  enemies. The blood. Weeping. 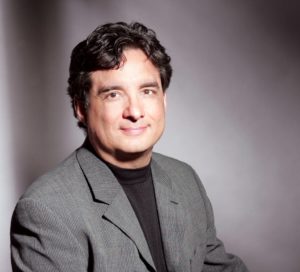